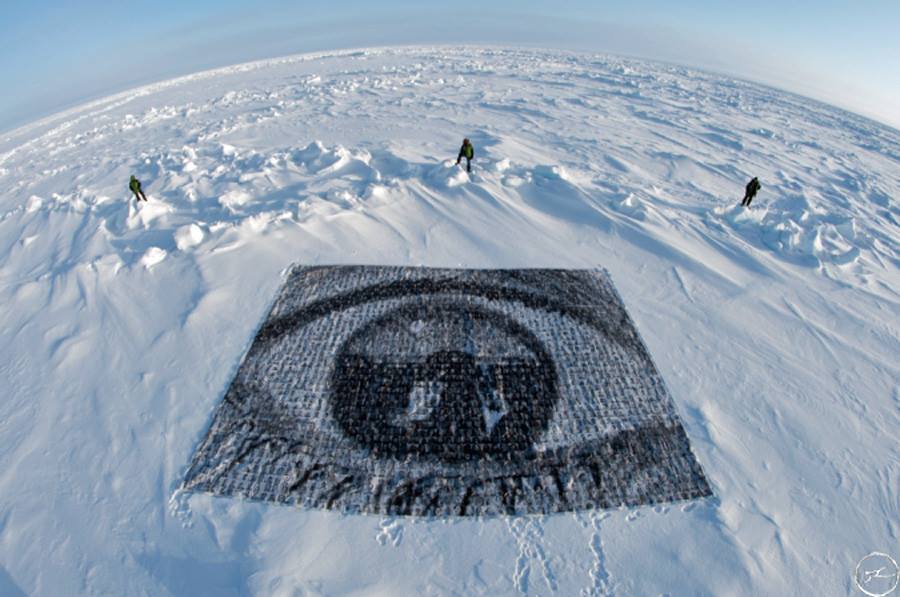 When the French artist JR was awarded the renowned TED Award in 2011, he launched his INSIDE OUT project by claiming: ”I wish for you to stand up for what you care about by participating in a global art project, and together we’ll turn the world…INSIDE OUT.” Since then thousands of people have contributed their faces and the stories they represent to the world’s largest public photo gallery and in April 2013 the project has made its way to the northernmost part of the Earth: the North Pole. A group of 16 environmental activists arranged a thousand portraits into the shape of an eye, placing the mosaic on the snowy ground, to protest industrial destruction of the Arctic.

The team also carried a n Inside Out banner with over a thousand portraits of members of the #savethearctic movement  and placed it at he North Pole.  Both the time capsule and the Inside Out Eye stand in opposition to government and corporate interests who are scrambling to claim region to exploit its vast natural resources which are becoming available due to climate change.  Now we have The eyes of the world, at the top of the world, watching over the world.

Learn more about the project here.