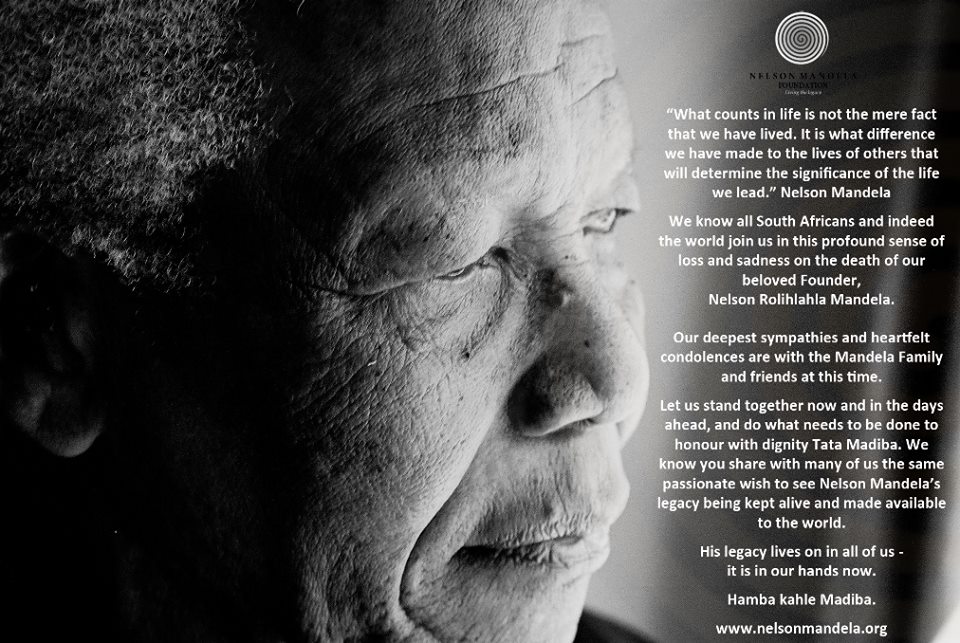 It is with the deepest regret that we have learned of the passing of Nelson Mandela. South Africa’s first black president and anti-apartheid icon, who led South Africa’s transition from white-minority rule in the 1990s, after 27 years in prison for his political activities, died Thursday night at the age of 95.

The freedom fighter, prisoner, moral compass and South Africa’s symbol of the struggle against racial oppression, Nelson Mandela had been receiving intensive medical care at home for a lung infection after spending three months in hospital. Shortly before 9 pm local time he had died.

Among others Jacob Zuma, President of South Africa, paid his last respects to Mandela, stating: ”Our nation has lost its greatest son” and “although we knew that this day would come, nothing can diminish our sense of a profound and enduring loss.”

We want to express our sadness at this time. Rest in peace, Mr Mandela.

Through the following videos CNN is reminiscent of Nelson Mandela: